This mod applies exclusion polygons to areas covered in water in order to uncover them.  It also removes erroneously placed trees around water areas.  No scenery objects were added.

This mod fixes the following issues to the default scenery located in San Diego County, California, USA. I do not use other freeware or payware in the area, so I don't know if this conflicts with other third party mods.

Please see my total list of scenery mods below by region: 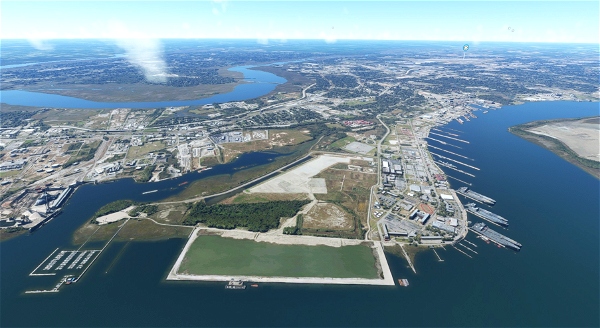 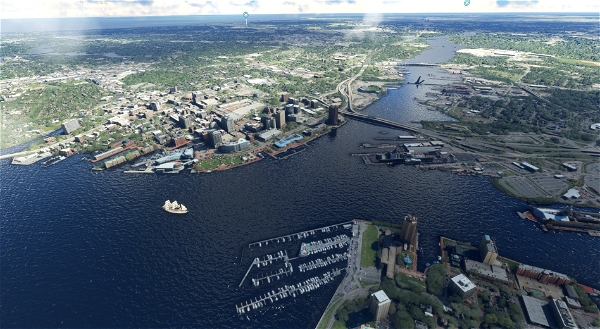 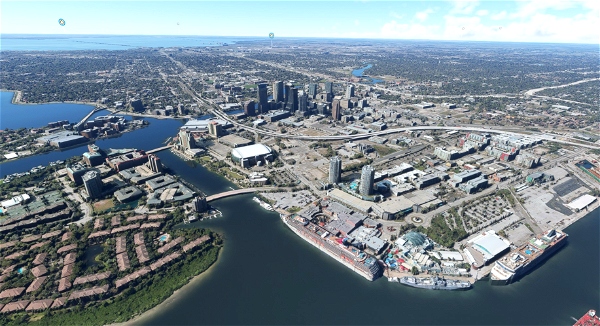 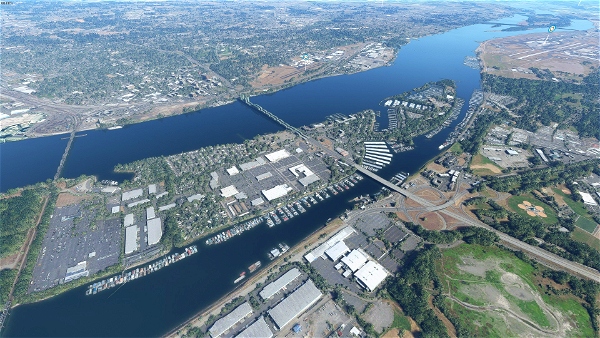 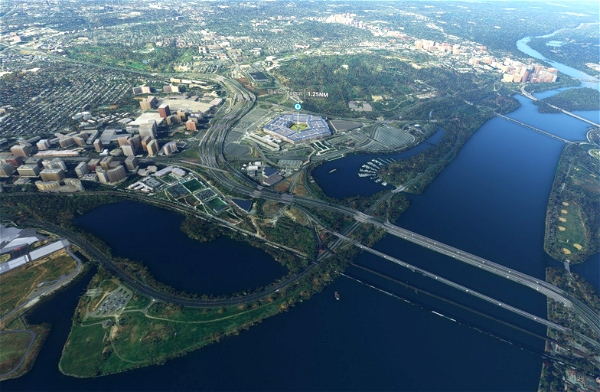 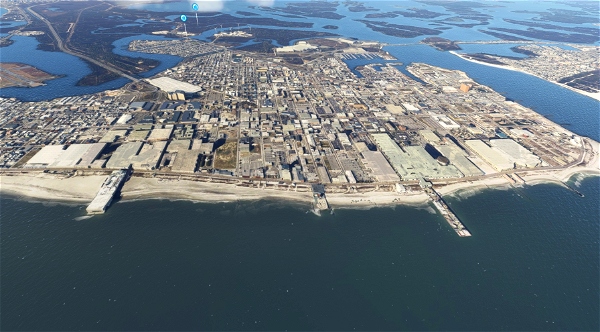 Create a free account now to be able to to keep track of your mods and their latest updates without struggle.

i have LVFR ksan. i only installed the water fix & marinas. I DID NOT install the optional folder. why is Petco park baseball have no grass, its covered in dirt

Hi, that’s from World Update X (not my waterfix).

I noticed the same thing this week. They must have used a satellite image that was taken during Supercross!

Yeah, I'm not happy about the timing of the satellite image!

Does this work with Bijan's - Island, Rock Sunken Boats and Season addon?

Thank you very much for this! Makes flying along the SoCal coastline so much better!

Thanks for the kind words! Love that surf report blog, that's awesome!

It is necessary to place these water fixes (and marina mod, navy yard, city scenery, etc) in any particular order for use with each other?

No order. All in the Community folder, same level.

I would love to hook up with you on Discord and learn from you. I want to do this for the Baltimore MD area, the Inner Harbor and such.

Not sure if its this add on, as i also have LVFR Sandiego, but with the latest version (1.2), when i loaded up a flight, i, almost instantly, got a CTD?! Can anyone else confirm? was in the SR22 @KSAN

I am glad you posted this file. Thank you. And I'm looking forward to your updates and any other fixes you publish. But first, please update the name of the modellib.BGL file to reflect MS/Asobo guidelines (Oct. 2020) to give it a unique name, such as adding the 'ICAO code' for airports to the file: Example (ICAO-modellib.BGL) or in this case, maybe sandiego-modellib.BGL, and then update the layout.json file to reflect the new name. The Problem: MSFS only reads the first file in the Community folder named modellib.BGL and then uses that file for all others with the same name. Renaming it avoids conflicts with any other scenery in the Community folder and gives your scenery the proper appearance with fewer problems/conflicts with other files in the Community folder.

The same is true for the 'mycompany' folder. Rename this as a unique name. Simply add the ICAO code to the folder name: sandiego-mycompany and update the layout.json file.

And the same is true for mymaterials if that ever applies to your scenery.

You can also completely rename the file(s) completely, leaving the appropriate extension.

Thank you for the info, I understand now!

It will be implemented in next versions and future projects.

I like this mod except the area of https://i.imgur.com/8eHWObJ.jpeg as posted by vbazillio. Please remove this area from your mod. All other areas are acceptable. Thanks.

When did SU6 arrive?

That's a lovely job. Please now do the rest of the world!

i wish it were that easy. Asobo needs to fix this on a global level, especially this darned road/bridge issue where they now appear underwater.

They buried a ton of stuff in this last World Update. Stuff appears underwater where it wasn’t before, and some objects have random trees growing out of them.

I love the idea. Thank you. Unfortunately, it seems its interfere with the payware LatinVFR KSAN.

I would love to have the best of the two 😉

I would like to second his motion. It is likely that many folks who love San Diego will have KSAN, so a KSAN friendly variant would be really appreciated. For example, a number of New Zealand mods now come with an Orbx mesh happy version.

The little marinas on Coronado Island have always been particularly ugly, that is until your mod, which makes them delightful from on high. I also love being able to see the Maritime Museum, even if only in 2D, thank you!

I don’t have LatinVFR, unfortunately. How many areas are we looking at, besides the two examples? I can possibly look into an alternate version if not a ton of areas.

What I’m doing are polygon exclusions, highlighting specific areas and excluding water (essentially uncovering what they covered with water). I can perhaps remove these polygons in areas where the payware places a group of boats. Again, it depends on the area and how many.

Is there any way to PM me with photos of the main areas where LVFR placed 3d model boats/ships?

This is now addressed in V1.1.

You rock! This is just what San Diego needed!

Tried it out, looks good. So just by adjusting the water you were able to get the boats to show underneath, right? And what did you do with the pier (for example the Scripps Pier)?

it wasn’t adjusting a water level, but rather, doing polygon exclusions (ie. highlighting an area to exclude water from appearing). Thus it requires finding all of the areas covered by water and doing a polygon and excluding the water.