Firstly I would like to thank to highmemfix1, axeldude and jdbp for thier great initial work 🙏.

I have done a rework on CS 777 Upper Eicas Message Mod, CS 777 Upper Eicas Mod and 777-200ER compatability mod to made this work together again with the new development version of salty-747.
This mod can be installed without modifying the main salty-747 mod. Thanks to Salty Simlations Team for their great work 😊.

Latest Development Build of Salty 747, which can be downloaded below.

Installation:
Download and install this mod to Community folder

***Important notes***
In order get N1 value shown on upper EICAS you need to set at least an origin airport on RTE page and select one of the TO-Profile on Thrust Lim Page. The value will be set according to your selected TO-Profile

Know issues:
Anything related to navigation system e.g. LNAV VNAV ILS won't be fix by me. Just wait for Salty Simulations Team to update thier mod.

If you find anything else, please let me know 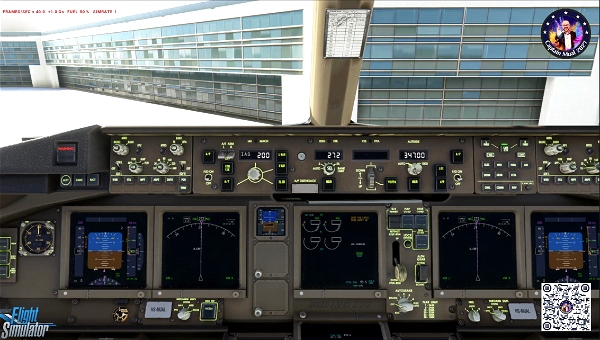 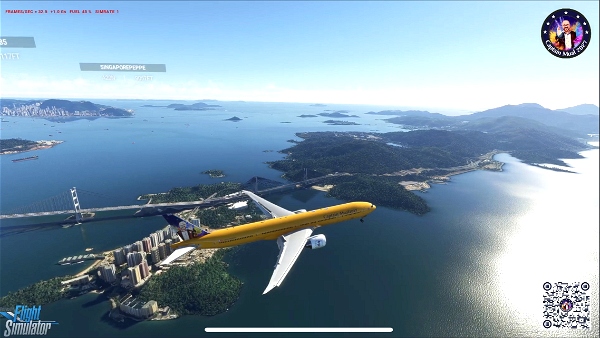 Doesn't even taxi now after the latest update. Handles like crap can hardly turn

My autothrottle is bugging out. It just drops all the way down to minimum N1 randomly and then loses airspeed. Then after about a minute it figures itself out and then does it again.

see known issues. I won't fix it for now. It is a deep investigation to the nav system. If I have time, I'll have a look on it

Do we have to download Danrleibueno's mod or is it implemented on here already?

Where do we find the Flight Model Fix by danrleibueno download link?

It is already integrated with the latest version

anyone elses G/S not capturing? My first flight with this addon captured it, but ever since (around 5ish flights) it fails to capture, forcing me to land manually. Other than that, it works amazing!

I have black screens on startup can anyone give me tips on what i might be doing wrong?

My vnav is working now..that is salty 747's problem. I solved it by turning on vnav and lnav again after takeoff!

Speed break bar do not move inside the plane. I don't know if is a Salty problem.

Awsome job, thanks a lot.

it doesn't work for me, a / t I can't use it and the diapers stay black

Did you read the detail?

Five star on that one, i was not able to use the dev version if salty, it's now fixed thanks to your work!

you need the latest dev

Is anyone having issues where the A/T does not respect the speed on climb out and takeoff? I have tried turning it on and off and all that jazz but it will simply not respect the VNAV or manually input speed

It is an issue with the main salty mod. I need to understand salty project first. Then I will try to fix it.

ah alright hope it works out, thanks for the great mod truly making the 777 a pleasure to fly.

Workaround for that issue is to manage your speed in FMC VNAV CLB page. (make sure that VNAV is managing the speed)

Does it work with marketplace's CS777?

It should work. Physics mod may need to be installed in official folder. Try it out and send me feedback 😉

Please note that we can only process copyright infringement notifications if they come from the rightful copyright holder or his legal representative. Law prohibits us from processing third-party requests if you are not the owner or copyright holder of this file.

We need additional details about the allegedly infringing content. The more details and the more accurate, the faster we will be able to process your report. We kindly ask you to understand that we cannot process copyright requests through this form, as we are required to receive such correspondence in the form of a formal complaint via email, signed by your first and last name.

Please note that it is not enough to say that a file has been stolen. We need precise and accurate proof of the infringement.

Your E-Mail must contain this information:

Please send your letter with all required information above to this address:
[email protected]