You may well have noticed there are only four moving civilians available as stock models, and three look identical. That seems a little sparse to populate an entire planet, especially since they're all male.  Therefore this is a library of animated human models to...

You may well have noticed there are only four moving civilians available as stock models, and three look identical. That seems a little sparse to populate an entire planet, especially since they're all male.

Therefore this is a library of animated human models to put in your creations.

There are just under 300 models in total in here which are based on about 65 different model meshes with variations in colour and action. You should be able to populate a largeish airport without too much saminess.

These will show up under 'ahq' in the SDK object list followed by a short description of the model and action.

Most are simply standing or sitting with a short loop of movement or action such as talking, waving, stretching.

The sim quickly reduces frame rate as you get further away making the action jerky with more complex animations such as walking so there aren't very many of those.

These are all stock animations created by Mixamo, an online animation site, so they're limited in number and variety.

If a model comes in a version with a different colour it will have 'C1' or 'C2' etc after the name so you can use it in the same scene as the original and not be too obvious.

'girl' for one of those. There aren't many kids. I can't stand them.

'business' for some smart people.

'beach' for some gorgeous flesh.

'Fireman', 'airline' and 'security' will turn up some airport firemen, security guards and airline pilots. 'Old' will find some hot elderly people if that's your kink.

The most common actions to search for are - 'sit' or 'stand' obviously plus 'idle' 'talk' 'walk' 'phone' and 'wave' with a few others sprinkled in.

Some of the models are very good. Some are awful. Some are downright disturbing. I didn't make any of them. I scooped them up from various sources.

There are way, way too many white people, but since 90% of human 3d models seem to be Japanese schoolgirls I did my best.

Most but not all models have LODs, but obviously the animation is the main strain on computers. Interestingly when you hit a certain number of visible moving models all of the animations stop in unison at once. I can't be bothered to count that number but it's a bit over 200 animated models.

You'll probably get bored of looking at these rapidly but it's obviously an infinite subject. I'd call this more of a start than a final product as there's lots to refine and more and better organised categories are definitely required.

The second download is a collection of thumbnail photos of each model.

Cleans up mistakes in existing models.

Also added a tutorial on how to do this yourself with your own models. It's pretty straightforward and doesn't require actual animation knowledge. Big up to Rhumbaflappy from fsdeveloper for outlining the technique. 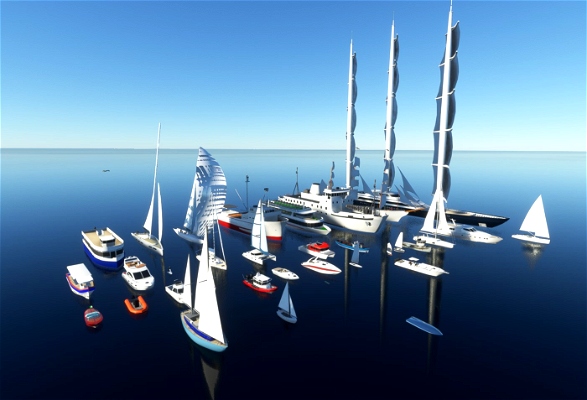 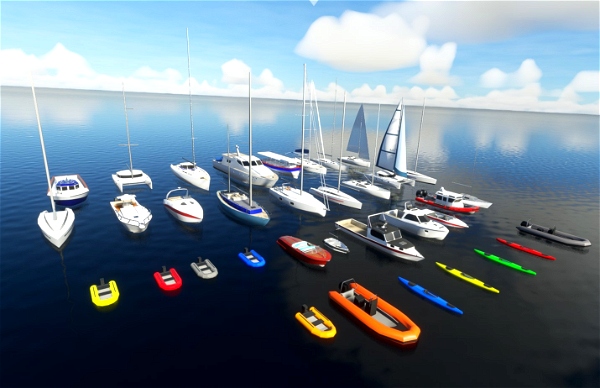 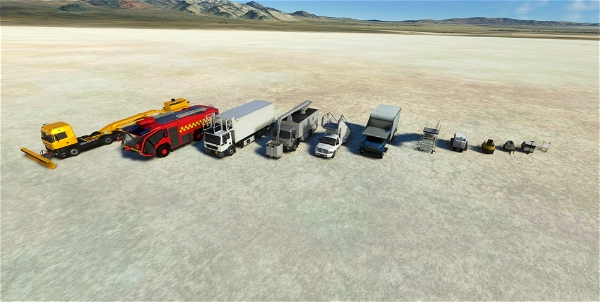 Create a free account now to be able to to keep track of your mods and their latest updates without struggle.

do you just drop the file into community?

cheers. have you got anymore projects in development?

Hey Spud! The update is great! Thanks for adding military and more crew workers. Those flight suits are prefect!

Love the animated people. I like to make military oriented sceneries so adding more military/air force type models is a nice addition. However, now when I try to use them in my mods, they do not appear - the box containing the model appears. If I resize the model to 1.6 or 1.8 (I don't recall exact number atm) then they appear. This makes them way to big and not seeing them regular size makes it hard to place them appropriately.

Any ideas where I am dropping the ball here? Any ideas would be appreciated.

PS: Would love to get hold of these to be able to place directly in to a scenery mod without being dependencies. That would rock.

Thanks for the work you do for the community. You are appreciated!

No issues and loving it - thank you very kindly for your work.

the new UK emergency humans are absolutely amazing. More of these types of characters would be incredible so we could have much more detailed hems stuff. Anyways great job as usual

Interesting. Is there any way to "personalise" them - paint them, say, in national dress, so that we could end up with more of the little blighters than we did of the coffee cups?

I was thinking about the uniformed stuff.

With police in particular there are simply too many designs to cover every nationality.

Most of the textures for these are a right mess glued together by me moving pixels around on top of already existing textures, so it wouldn't be like a paint kit and being able to instantly drop your design in.

Unless you're any good at that type of thing?

Thank you Superspud, but my talents once ran to creating AI airlines, and even that is now a thing of the past, and a good thing, too!

I did some repaints in FSX, but haven't even tried to do any here.

A big thank you from France for these splendid objects

Thank you! Very nice! I use it in my Scenerys..

There is one cow in this and some penguins. Beyond that I can't really figure out how to do it without learning a whole lot more.

The limitation is exporting into MSFS with Blender. That mangles model animations so I have to bypass it completely with an animation site which does animate humans but nothing else.

They used to do animals as well but they removed it which is very annoying. I'd definitely like some more animal variety.

best library evah ! thanks a ton 😊

How can these be used commercially?

I am slowly correcting some mistakes and I'll add some new ones at some point soon. At the same time I'll upload a how to so people can use their own models.

There isn't much to it. The basics are here - https://www.fsdeveloper.com/forum/threads/quest-for-animated-people-distorted-animation-in-msfs.452304/page-4#post-885790

Thank you so much for creating this !

Now do animals and marine life. Please. It would be great to see a herd of pronghorn or a polar bear, walrus or schools of fish under the water (if that's even possible, probably not).

There is a polar bear in the sim right now. It doesn't pop up very often.

The reason the movements for these are kind of limited is because you can't get animated figures out of Blender without distorting them, or I can't, which also means I can't do animals with this technique as it only works for bipeds.

There will be some penguins next time even if no one has any use for them.

Four legs is something I'd like to sort and I'm still sniffing around possibilities.

I'm still messing around with animals with very little success. What about birds? Flapping wings doable? It would be easy enough to create a track in blender for them to follow once the model worked.

No WAY! This is most excellent! hahaha I can't wait till ppl add this into custom waiting lobbies.. and that St Martin beach! Great job keep up the most excellent work!

wow ! really a great start for the animations, it's really nice to see them moving ! thanks a lot, I'll use it for my future LFCB scene

SPUD!!!! Once again proving your superness!! Thanks!..... Hopeing there is a military person or two in the group? lol

Not yet. I have some lined up that need a bit of fiddling with still.

"Too many white people"

Give it a rest.

This is a great add-on. Would it be possible to do some more emergency stuff maybe UK??? DM me if you want to talk more about it. But this would be super cool to add to some scenery!

3d modellers seemingly love making US Firefighters, all those wrinkly clothes and weird colours I guess, but there's very little other emergency stuff of any nationality out there, certainly nothing free.

I'd have to make the textures myself and see if they can be applied. I'll give that a go but it might turn out to be crap.

Damn you Superspud... DAMN YOUUUUUUU! Now I have to go back and see how I can integrate this library into my sceneries! Great job!

If it's any consolation I've made a rod for my own back too.

Really great you created this library, SUperSpud! Thanks!

Hopefully many devellopers are going to add people from your library to their addons!.

Aye. Certain figures have worn out their welcome.

Gotta wait for SU10 for Asobo to sort out hedges then the liquidations will begin. 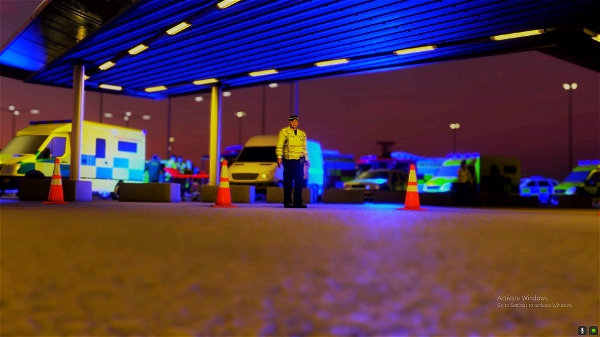 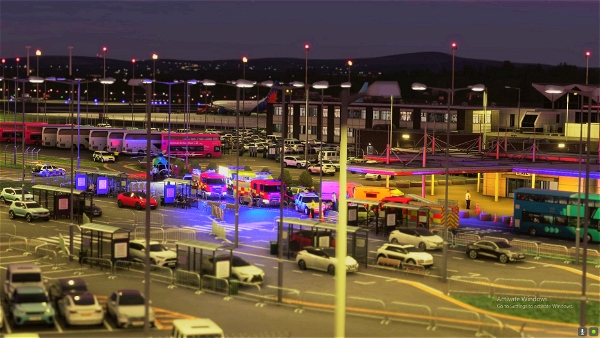 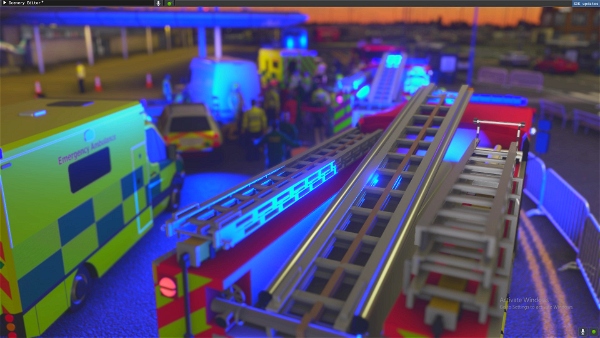 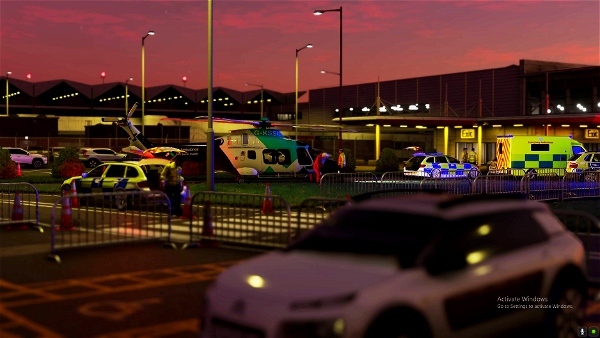