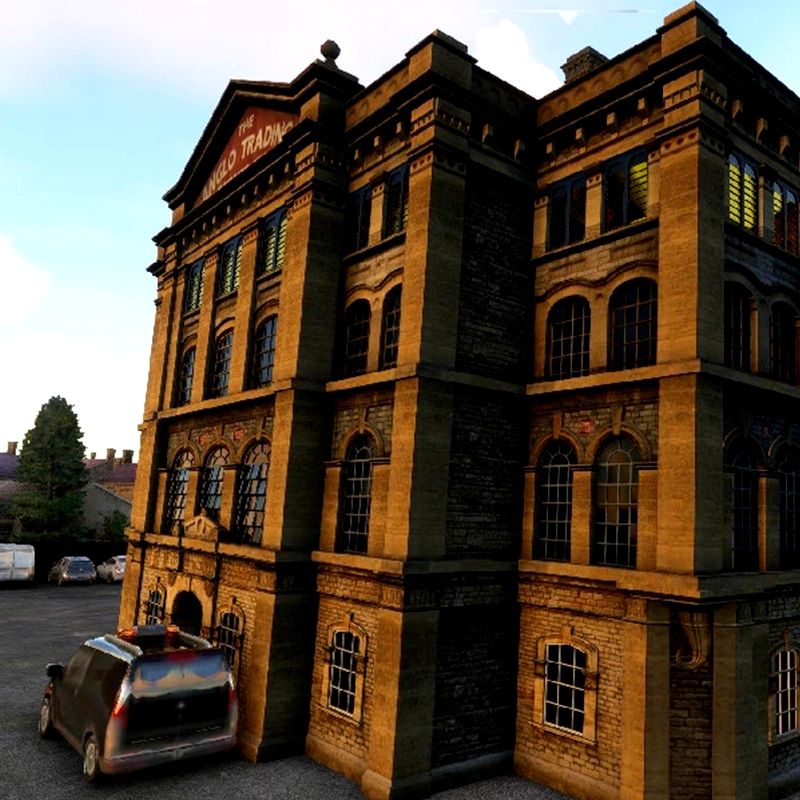 The Somerset and Shepton Mallet Mini Pack This mini pack contains places of note surrounding Shepton Mallet. This is a great add-on if you love the older architecture as well as a prominent landmark missing from the simulator. The Mendip Transmitter Mast. Shepton Mallet - Anglo Trading Estate Shepton Mallet's The Anglo-Bavarian Brewery was originally established in Shepton Mallet in Somerset, England in 1864. It has been claimed as the first lager brewery in the United Kingdom, although the... 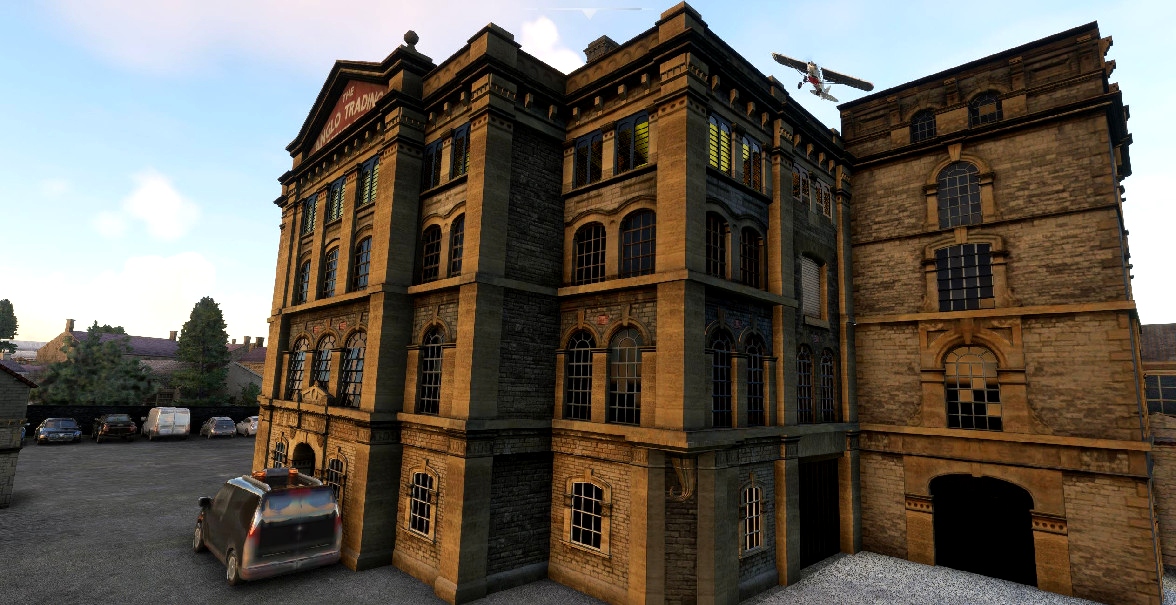 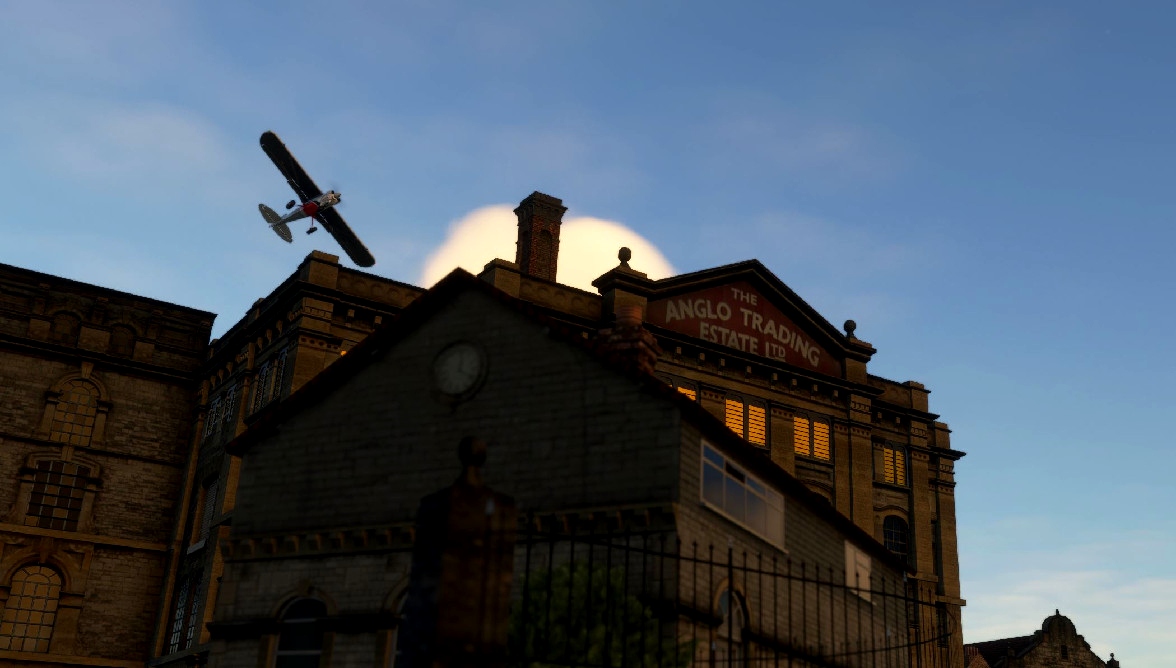 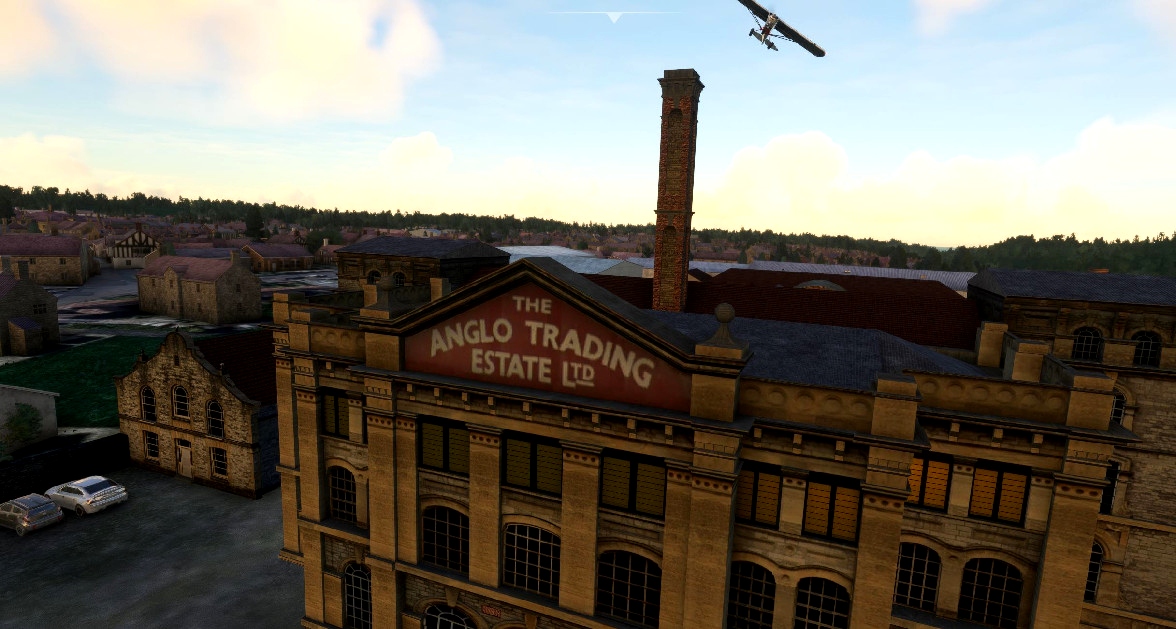 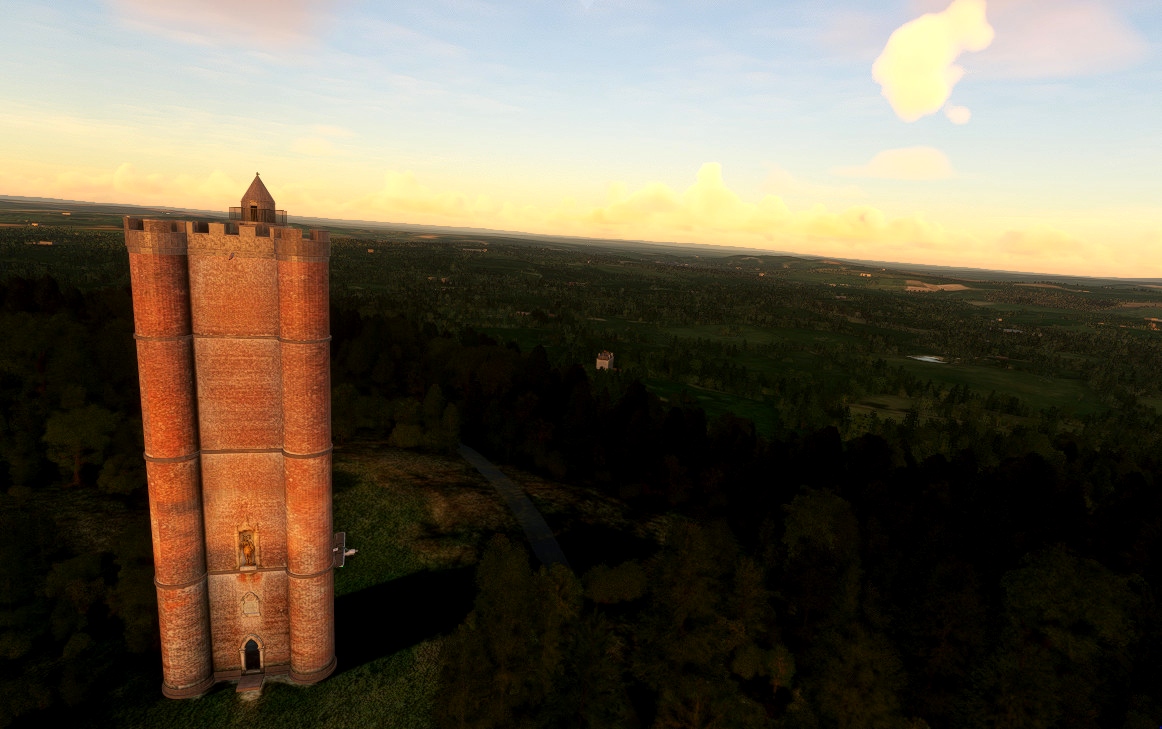 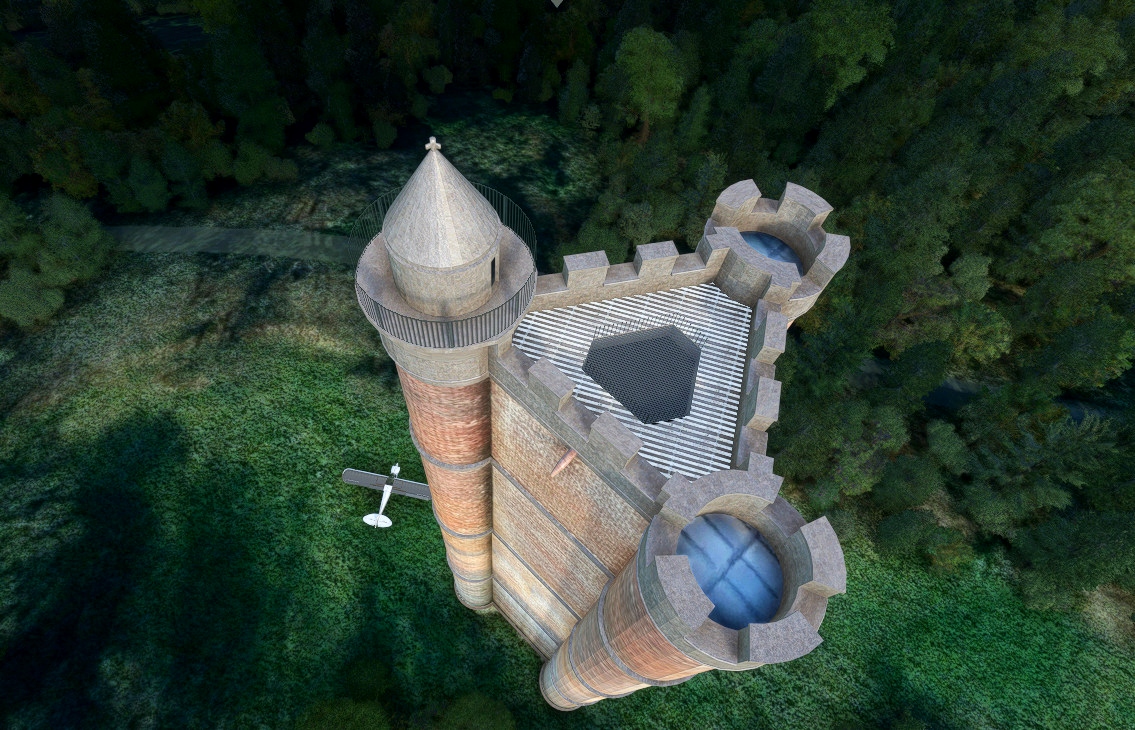 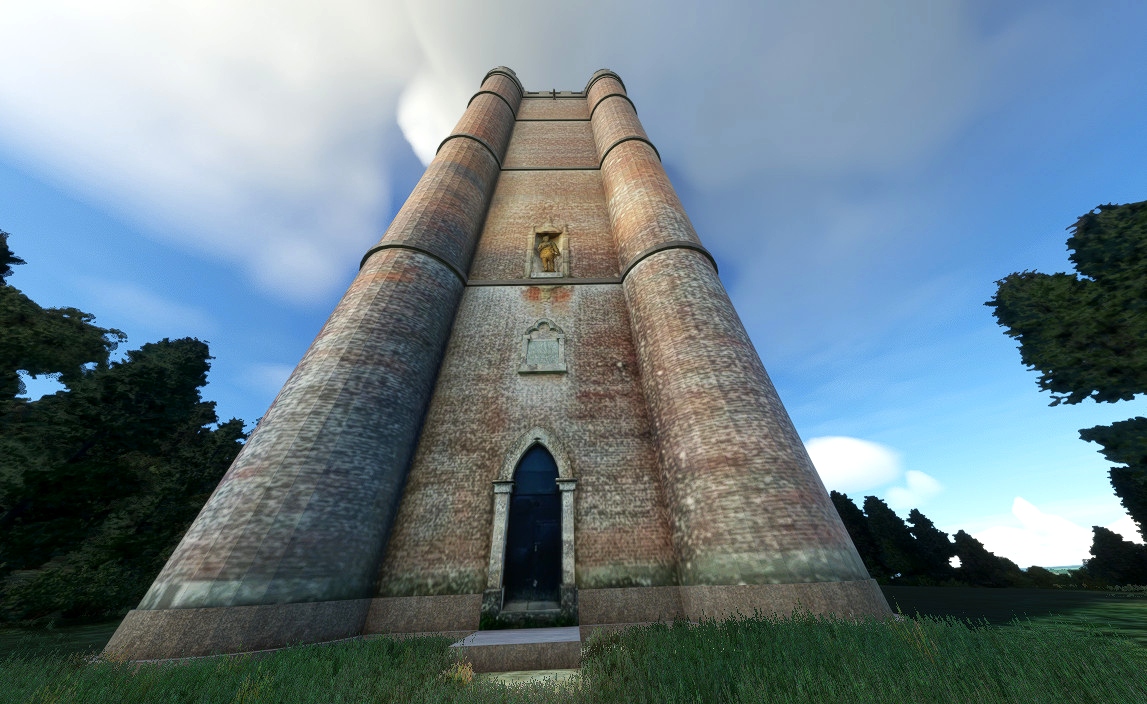 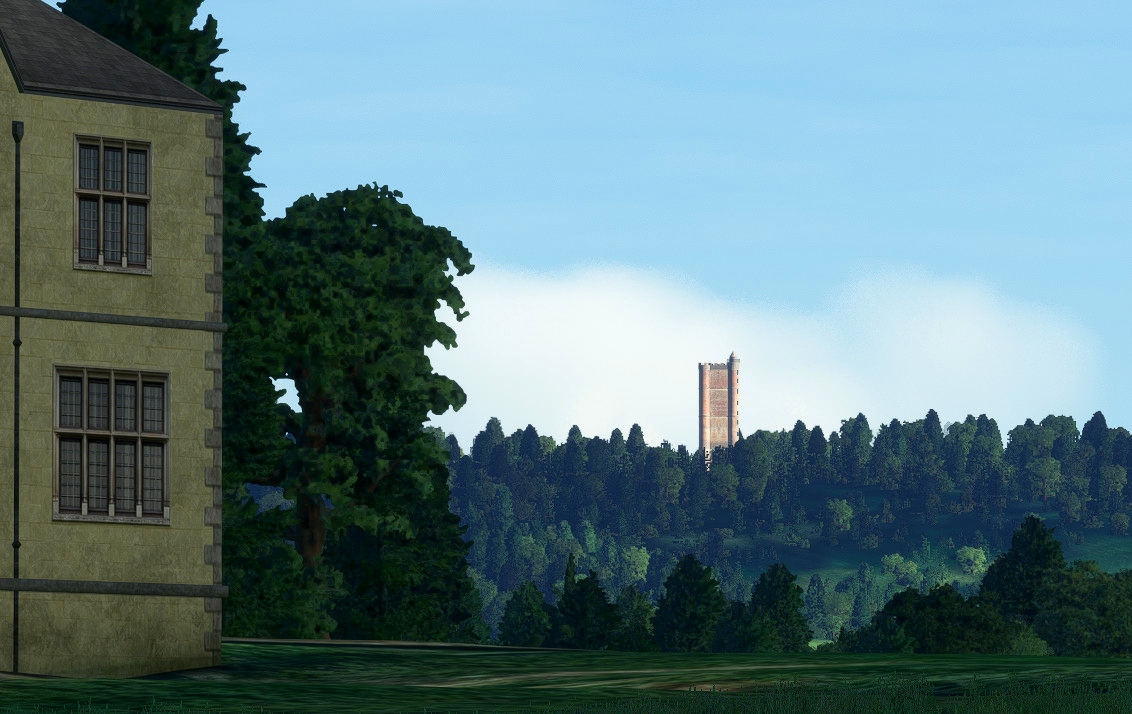 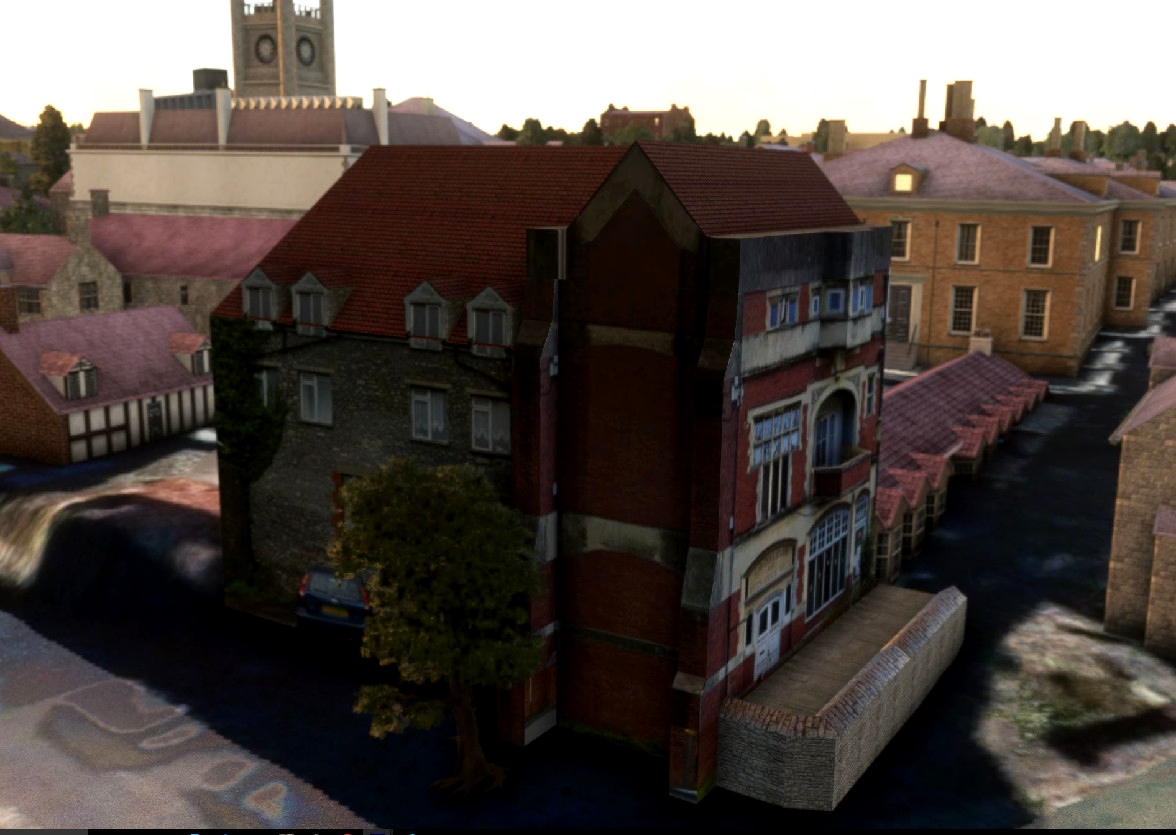 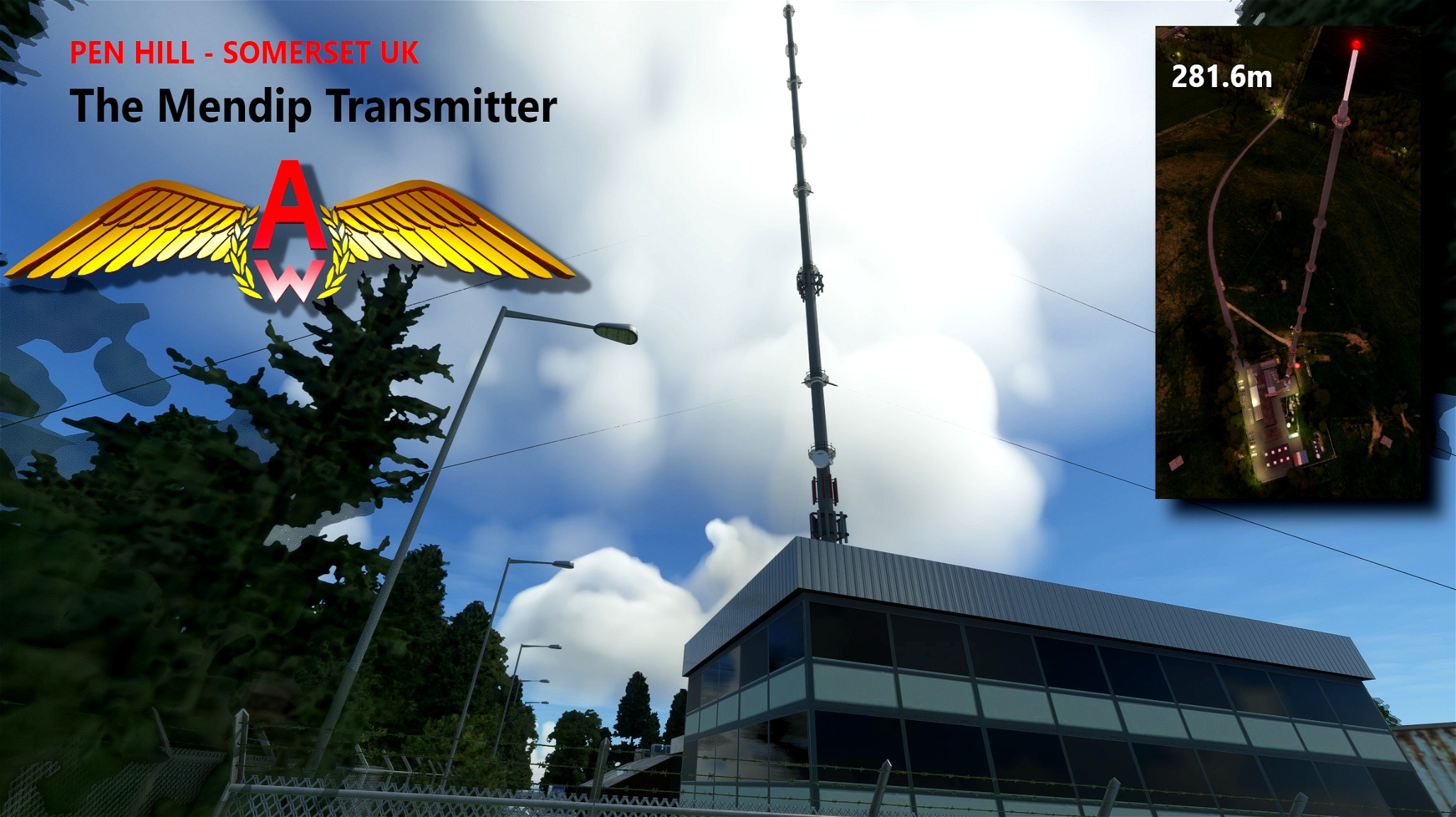 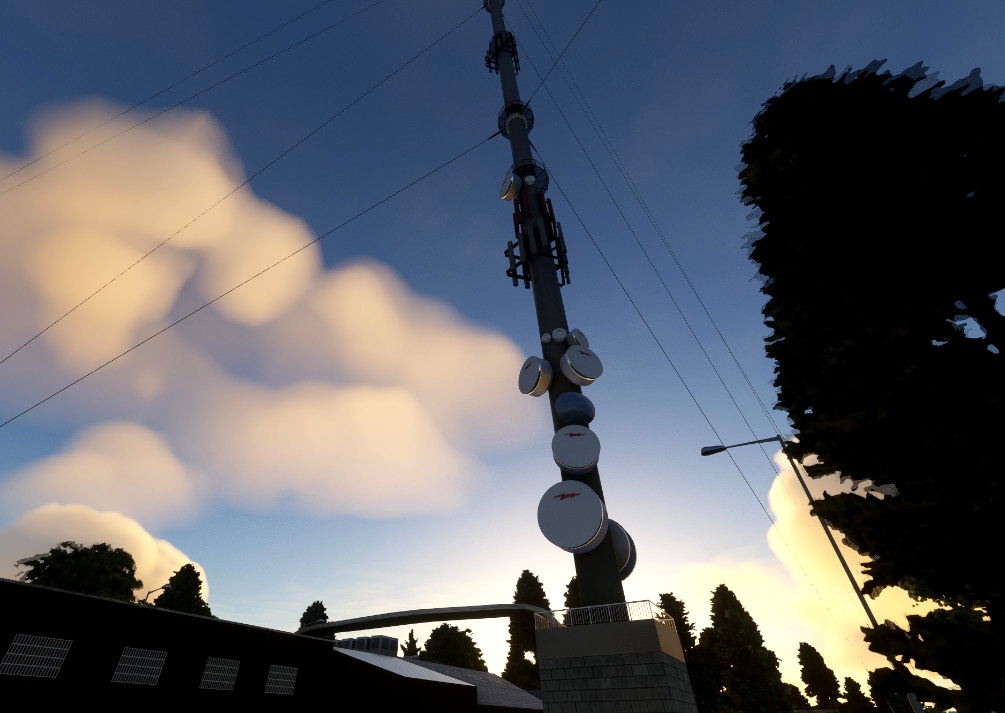 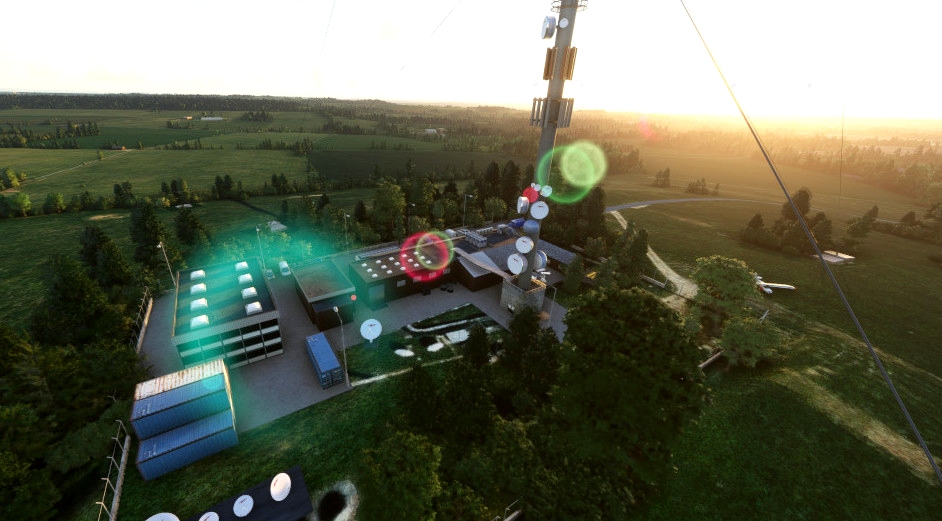 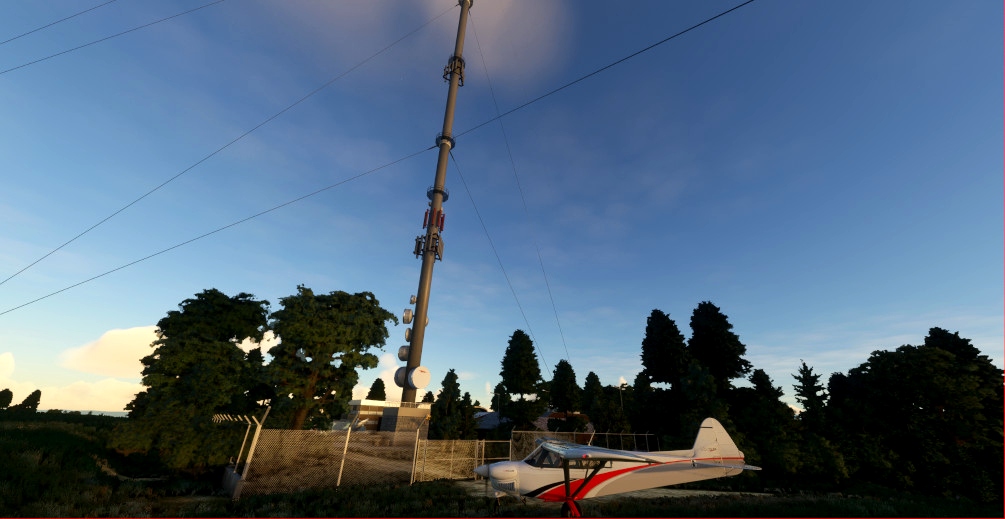 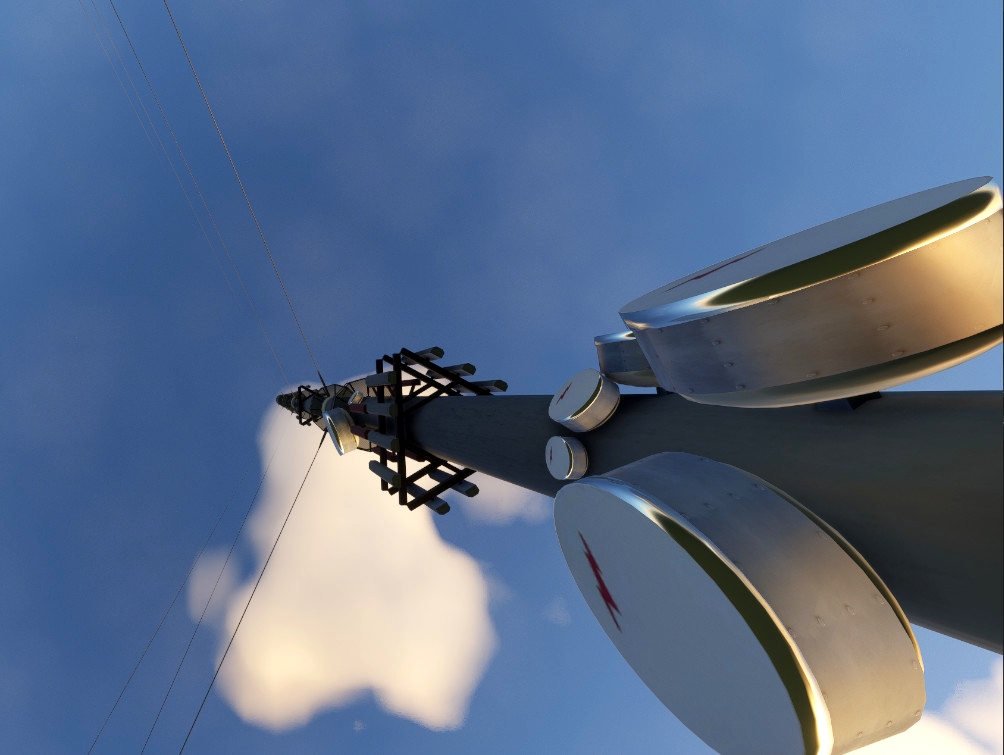 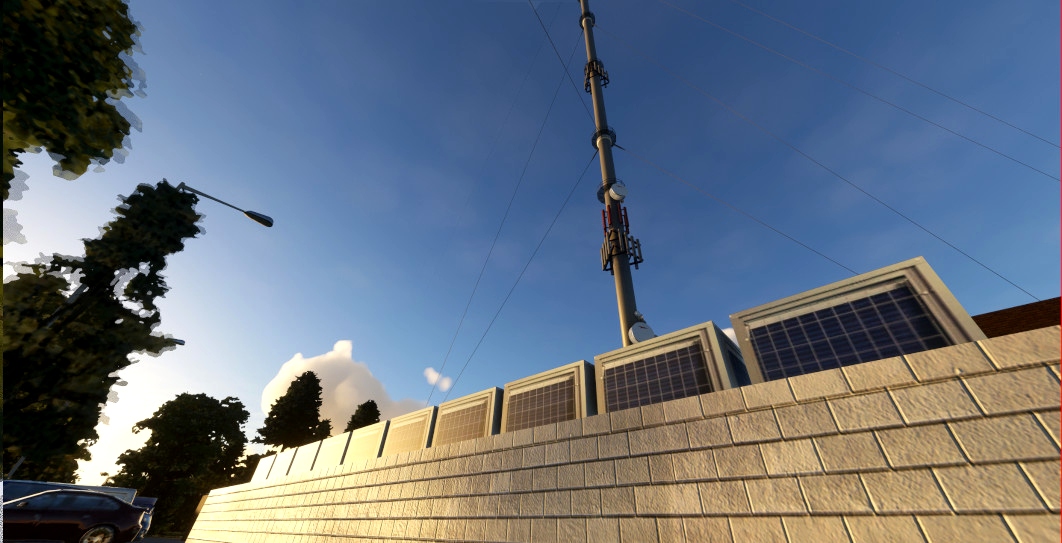 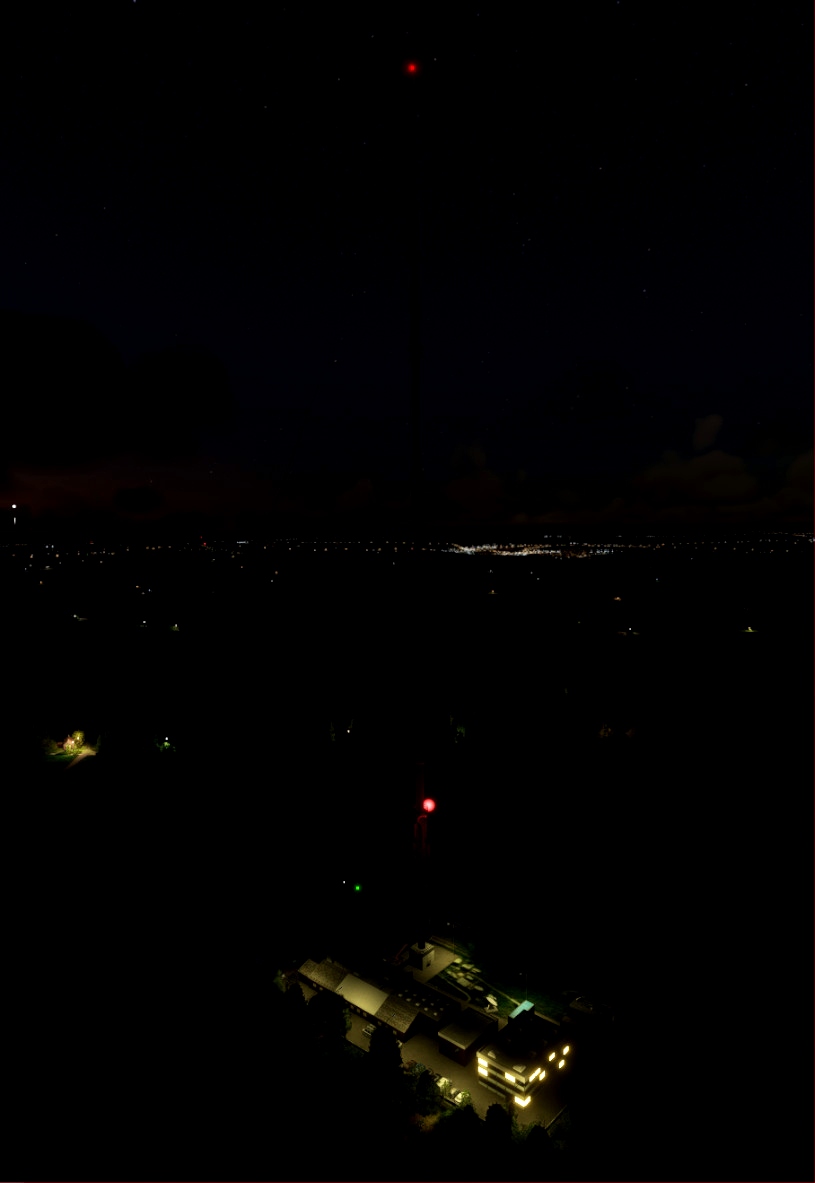 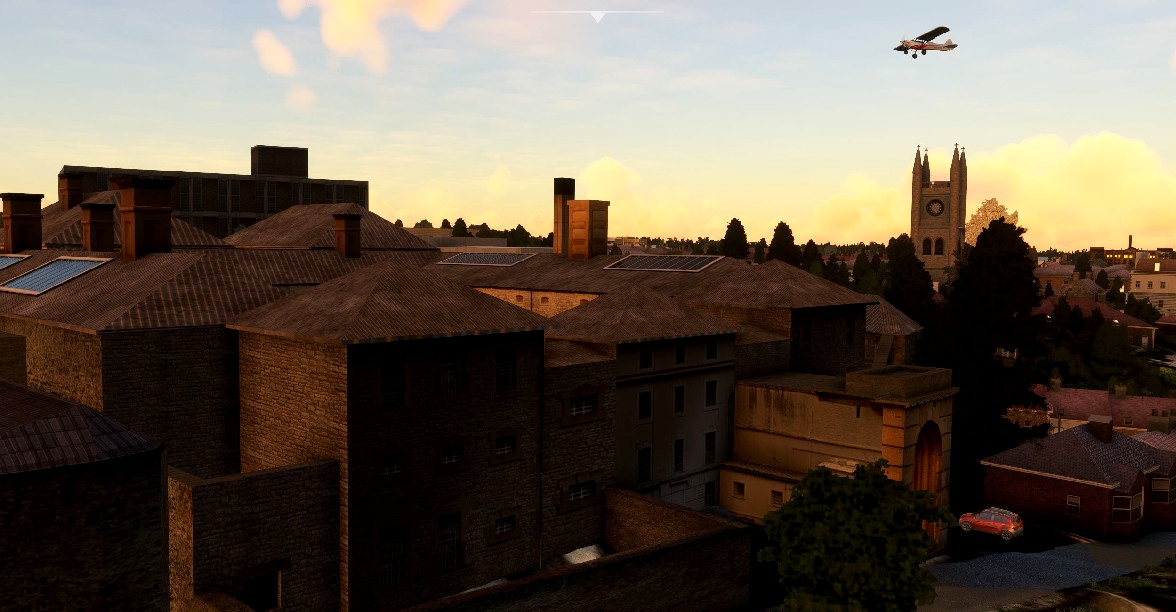 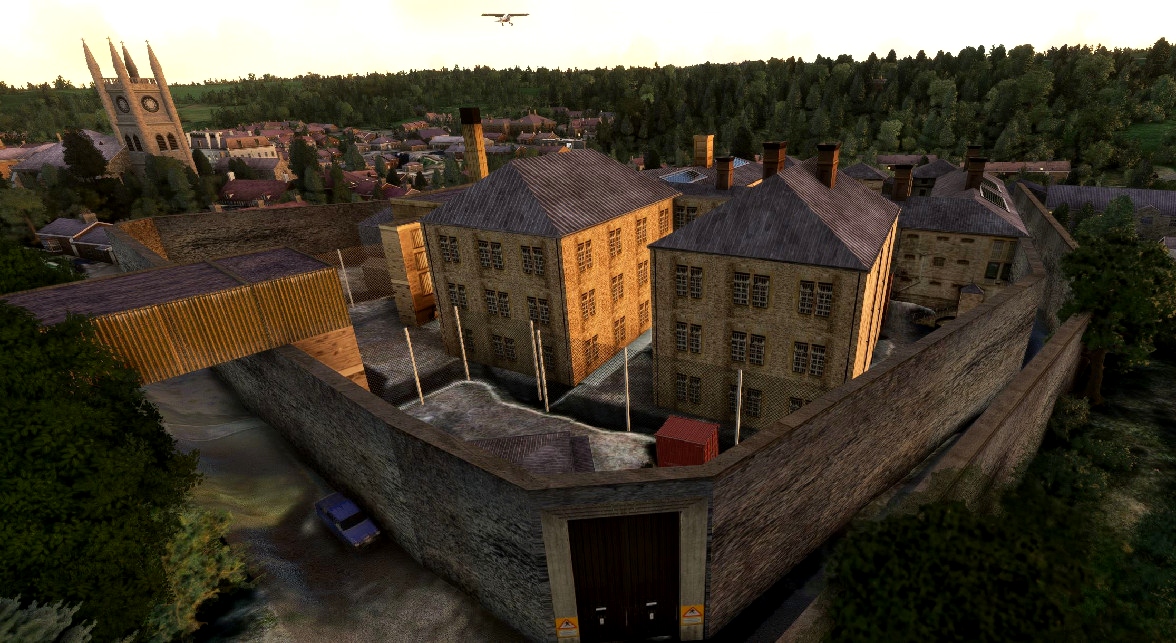 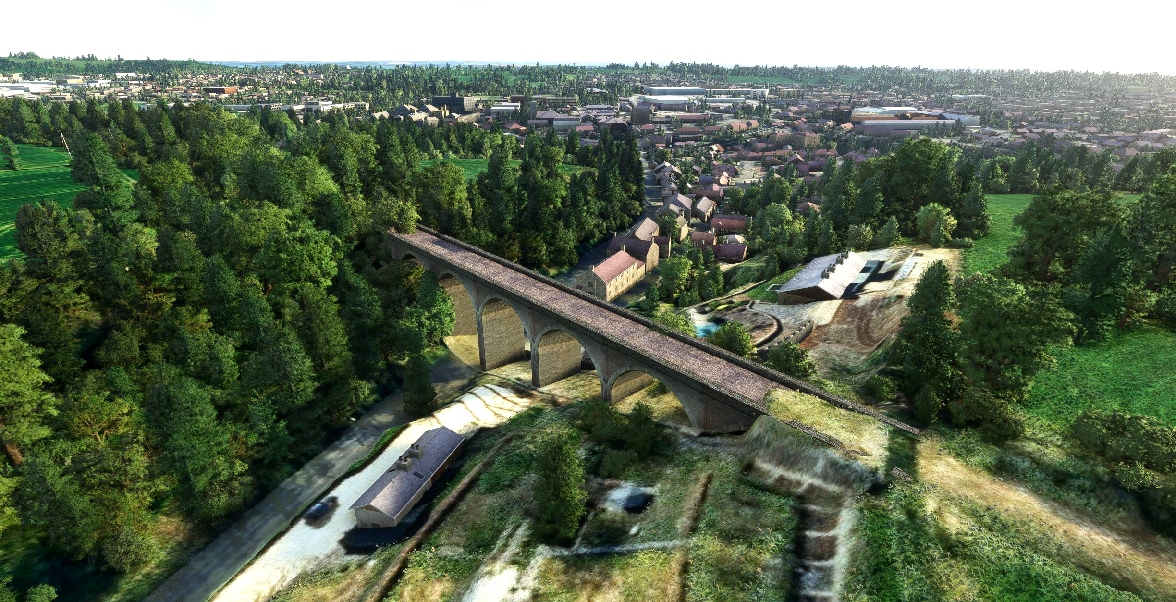 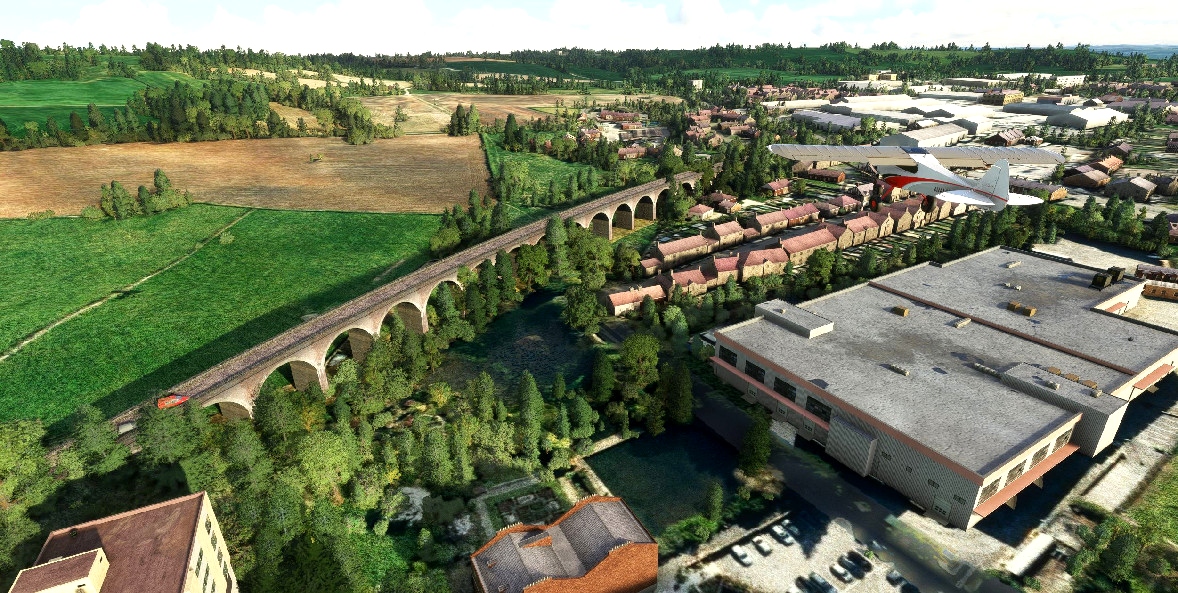 This mini pack contains places of note surrounding Shepton Mallet. This is a great add-on if you love the older architecture as well as a prominent landmark missing from the simulator. The Mendip Transmitter Mast.

Shepton Mallet's The Anglo-Bavarian Brewery was originally established in Shepton Mallet in Somerset, England in 1864. It has been claimed as the first lager brewery in the United Kingdom, although the claim is disputed. It closed in 1920. The building, now the Anglo Trading Estate, is a grade II listed building and is on English Heritage's Heritage at Risk Register, and Mendip District Council's Historic Buildings at Risk Register. The Architecture is believed to be Italian.

HMP Shepton Mallet, sometimes known as Cornhill, is a former prison located in Shepton Mallet, Somerset, England. When it closed in 2013, it was the United Kingdom's oldest operating prison, and had been since the closure of HMP Lancaster Castle in 2011. Before closure Shepton Mallet was a category C lifer prison holding 189 prisoners. The prison building is grade II listed, while the former gatehouse and perimeter walls are grade II. The prison was opened before 1625 but was already in poor repair by the end of the First English Civil War in 1646. It was expanded in 1790 but conditions were again criticised in a report of 1822 and further building work was undertaken in the 1820s and 1830s. This included the installation of a treadwheel for those sentenced to hard labour. In 1843 the number of cells was increased by adding a second storey to each wing. The prison was damaged during a fire in 1904. In 1930 the number of inmates had fallen and the prison was closed. Following the outbreak of the Second World War in 1939 the prison was reopened as a military prison. It was initially used by the British Army and later by American forces who constructed a new execution block to hang condemned prisoners. It was also used for the storage of important historical documents from the Public Record Office in London, including Domesday Book. Following the war the prison continued as a military "glasshouse" until it was returned to civilian use in 1966. The Prison was decommissioned in 2013 and is now run by the Campbell Group as an interactive tourism destination, offering guided tours, ghost tours, and other activities.

The Shepton Mallet Charlton Viaducts are disused railway bridges in Shepton Mallet within the English county of Somerset. They are Grade II listed buildings. The bridges was built in the 1870s to carry the Somerset and Dorset Joint Railway. It carried the railway over the River Sheppey. Originally the stone bridge carried a single railway track but was widened to carry a second track in 1892 using red bricks. It consists of 27 segmental arches each of which has a span of 28 feet (8.5 m). It is on a curve of 30 chains (600 m) radius falling at 1 in 55 from each end to the midpoint. To cope with the curve the arches are strengthened by pilasters. It can be seen from the grounds of Kilver Court where it forms a feature. A railway continues over a smaller viaduct crossing the Bath road to the North of the town. As a bonus we have included the Liberal Club & Mechanics Hall building.

The Mendip transmitting station is a broadcasting and telecommunications facility on the summit of Pen Hill, part of the Mendip Hills range in Somerset, England, at 305 metres (1,001 ft) above sea level. The station is in St Cuthbert Out civil parish in Mendip district, approximately 2 miles (3.2 km) northeast of the centre of Wells. It has a 281.6 metres (924 ft) tall mast, which was built in 1967 and weighs around 500 tonnes, and is the tallest structure in South West England. The mast broadcasts digital television, FM analogue radio and DAB digital radio, and had broadcast analogue colour television from 1967 until 2010. It has become a Mendip landmark, providing a method of identifying the hills from a distance.

King Alfred's Tower is a folly in Somerset, England, on the edge of the border with Wiltshire, on the Stourhead estate. The tower stands on Kingsettle Hill and belongs to the National Trust. It is designated as a grade I listed building. Henry Hoare II planned the tower in the 1760s to commemorate the end of the Seven Years' War against France and the accession of King George III near the location of Egbert's Stone, where it is believed that Alfred the Great, King of Wessex, rallied the Anglo-Saxons in 878 before the Battle of Edington. The tower was damaged by a plane in 1944 and restored in the 1980s. The 49-metre-high (161 ft) triangular tower has a hollow centre and is climbed by means of a spiral staircase in one of the corner projections. It includes a statue of King Alfred and dedication inscription. 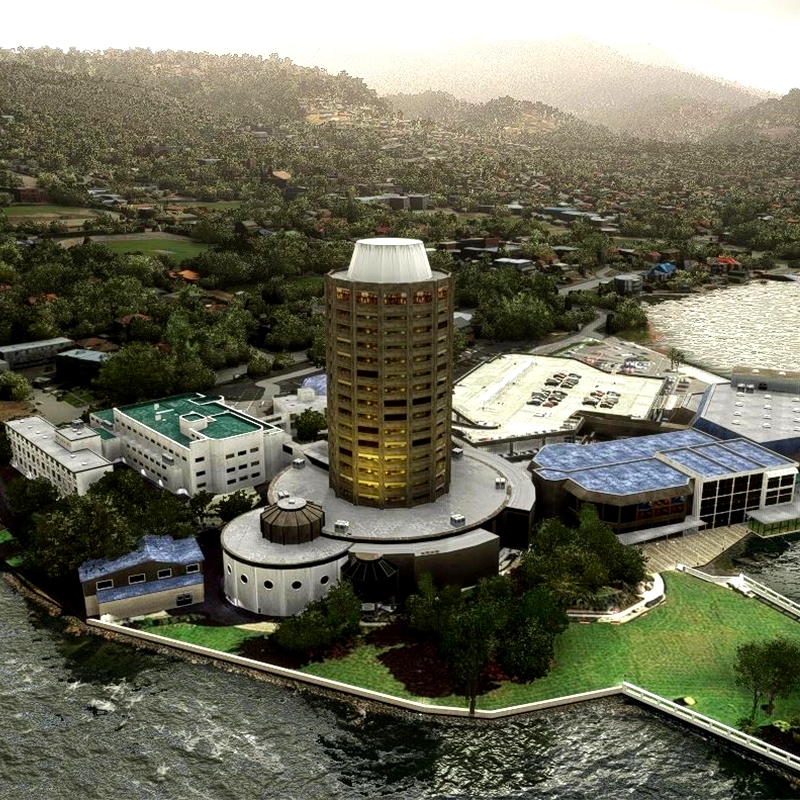 This EULA should be applied in addition to the EULA provided by Flightsim.to.

This package represents our interpretation of the scenery portrayed. Differences may be found between the real world and the scenery pack. We will endeavour to capture these differences in a timely manner and at our sole discretion.

Screen captures may be freely distribuited and are encouraged.

THE SCENERY MAY NOT BE, UNDER ANY CIRCUMSTANCES COPIED, DISTRIBUTED OR RE-SOLD WITHOUT THE PRIOR PERMISSION OF AVALONWEB SCENERY.

Backups are permitted for personal use.

Please ensure a backup is made rather than downloading the same pack multiple times from Flightsim.to. Flightsim.to provide a reasonable limit of FIVE downloads per version. It therefore remains the responsibility of the customer to ensure that this limit is not reached as we cannot be held responsible for your access being blocked.

You will be eligible for free upgrades if and when upgrades become available or to the point where updates are discontinued. Update termination may occur as the result of a Major Pack Upgrade with the inclusion of new scenery.

WE WILL NOT BE HELD RESPONSIBLE FOR "MANDATORY UPDATES" BREAKING THE SCENERY. However we will endeavour to provide updates to the pack in a timely fashion provided that it is used within the constraints of the "Product Requirements" listed above including new mandatory updates.

Announcements to updates will be made on Flightsim.to and pending Major Releases can be found at Avalonweb Scenery or our facebook page

Looks very nice and Somerset certainly needs a makeover, but you are going to need to include a lot more if you expect anyone to pay for it. Mendip transmitter comes free with Puffinflight's addon along along with thousands of others BTW.

I agree with cianpars. The models look decent but Orbx charge £11 for each of their North and Central packs, each of which contains several hundreds POIs and landmarks.

Thanks for the feedback and I appreciate your comments. Sadly I can't compete with ORBX or justify the time spent on it. The money I make goes to my better half as she enjoys the occasional coffee. Let's hope she doesn't turn to something stronger!! Enjoy the other great sceneries offered by Flightsim.To

Perhaps a couple of ides to expand it if you have time. Glastonbury Abbey and Wells Cathedral could do with modelling.

I think there may also be a few monuments to consider here: https://www.tripadvisor.co.uk/Attractions-g186369-Activities-c47-t26-Somerset_England.html

Happy to beta test if you need it.

If it's a package that you plan to add to it becomes more appealing. The suggestions from Cianpars are solid. As a nearby Devonian I'd love to see Berry Pomeroy and Totnes Castles along with Castle Drogo resemble their actual selves too.

I wouldn't purchase a pack with 4 or 5 models, but if it was an ongoing project and the updates were included, I think you'd get a bigger market.

Thankyou for your suggestions. This is not an income for me, it's work of passion. It's just nice to buy the wife a coffee once in a while as she sees herself as the 2nd female in my life over the PC.

With regard to the scenery, I prefer to push the geometry detail and include PBR Bitmap rendering where necessary, hence the long hours involved in production.

The Italian Architecture of the Anglo Trading Estate or

If somebody likes it and 'Donates', I'd be happy to make one sale. At least somebody else is enjoying it and not just me.

I feel your frustration with regards sparseness of detail or developers in this region. I'm surprised nobody else is putting in the hard yard but then it burns 1000's of hours.

Do feel free to keep the suggestions coming 😊

Thank you! Your feedback makes it worthwhile 😊